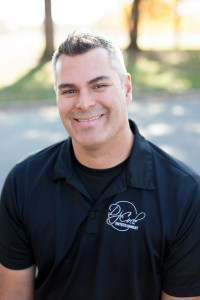 Rob Cacioppo the owner of DJ Circle Entertainment is a true professional DJ. He does not have a “Real Job.” Most DJs aspire to have the skill set that Rob Cacioppo posses’. Years of honing his craft have led him to be an accomplished Master of Ceremonies, and an extremely skilled DJ. Rob’s specializes in weddings and corporate events. He knows how to have fun without being overbearing or cheesy. His impeccable music selection at every event makes returning clients always request him to be their DJ again!

You can also find Rob spinning music at a variety of clubs in San Francisco and Sacramento during the week too. He also performs at many school dances and has all the latest music on the radio now. Rob has a large diverse music library and is versed in nearly every genre of music, from high energy EDM, to 1920’s Jazz and everything in between.

Rob takes a true interest in your event and uses his many years of experience to help guide, and plan your event with you. Everything from table arrangement to footwear, he has seen it all and knows the best ways to manage your event.

Sonny Garcia began to DJ in 1987 while attending El Camino High School in South San Francisco. He took 3 years of Broadcasting Classes at El Camino, and took many courses in Broadcasting at The College of San Mateo. His love and passion for good music can be heard in his shows.  He is also a true professional DJ.  Like Rob, he has no “Real Job”  Being a DJ is his passion and he gets paid to do it!In 1994, Sonny had his own DJ business (Generation X Productions) and was working at many night clubs, bars, performing at weddings and other various events. Sonny has also worked with live bands as a DJ, keeping the party alive while the band is taking a break.When you meet with Sonny, you will know that he is a real people person. He pays attention to the finest details musically to make your event memorable. 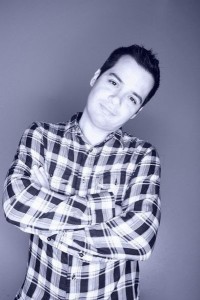 DJ Billy Lane has performed all over the country including Mardi Gras in New Orleans, the Electric Daisy Carnival in Los Angeles and the Winter Music Conference in Miami. His Podcasts have received over 500,000 international downloads. DJ Billy Lane performs at Sacramento’s most exclusive nightclubs and events including District 30, The Park Ultra lounge and Jingle Ball inside of the Sleep Train Arena. He also proudly broadcasts his #1 rated mix show on 106.5 The End every Friday and Saturday night.

With seamless transitions, his mixes are effortless, in key and systematically controlled to move the crowd. He produces exclusive remixes and original material. He has production credits in 3 albums on iTunes and a 12″ dance single released in the UK.
DJ Billy Lane is an ace on the mic. He has a natural ability at toasting crowds of any size. His voice is crowd commanding. His material is professional, witty and well timed. Turntablism skills highlight his DJ abilities. He scratches and beat juggles with the best of them. His music knowledge is deep and evident in his selection. His mixes are clever and well thought out.  Billy is amazing as your DJ/MC for a corporate event or your wedding, as his confidence and charisma shine when he is performing. 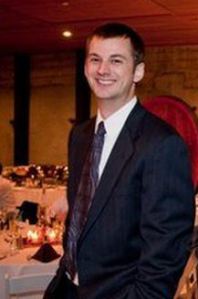 Scot Murdoch is one of our most talented and accomplished DJs.  He has a regular show on on local hip hop station.  He can rock a 65th birthday party or MC and DJ a high profile wedding.  In 2011, Scot began his radio career by becoming a mixologist on Hot 103.5 in Sacramento.  Since then, he has also become an On-Air talent
and can be heard on the weekends as well as during the occasional fill-in shift during the week. During the mid 2000s, Scot became one of the well-known club DJs around town and played out almost every venue in Sacramento at that time including Avalon, Layalina, Tre, District 30 and more. He also played out in Folsom, San Francisco, San Jose, Elk grove, and Roseville. He also made a few trips out to Nashville, Tennessee. In the late 2000s, Scot decided to take a step back from the club scene and focus mainly on private events. During his time as a DJ, Scot has MC’d and DJ’d 100’s weddings, corporate and company events, Sweet 16’s and High School dances.  He is well-known for his skill, promptness and professionalism. 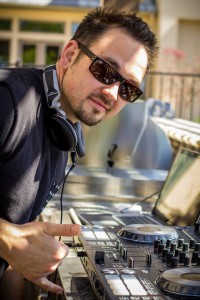 Lance Soto A.K.A. DJ Elements is known throughout Northern California by more than just his club-going fan base but also for his raw talent and ability to mix flawlessly. With over 12 years in the music industry DJ Elements has spun with celebrities such as Lil Jon, Steve Aoki, and Far East Movement and many more.  In 2009 he was voded Sacramento’s Best DJ by The Sac Awards Show.  As most recently was chosen as an official DJ of the Sacramento Kings.  His unique style and abilty to adapt to any crowd along with his constant innovation have taken to to new heights in the DJ community.  Currently  he has residencies at Sacramento’s The Park Ultra Club night club, and also has his own teen only event called, Klub Kaoss which is  Northern California’s biggest high school dance club event as well as making special appearances at a number of other clubs throughout Northern California. Lance also DJs at Middle and High Schools all over Northern California. 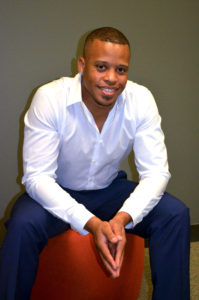 At a young age Zack has always had a passion for music He joined the choir in 4th grade, played the flute in 6th and 7th grade. Once he got tired of those, he taught himself to play the saxophone in the 8th grade.  Zack took up DJing while in college. After about a month of just practicing at home he discovered a newfound passion for the art and began making moves to pursue DJing as a career. He got his start by DJing parties, then moved to playing at small bars. Since moving back to Sacramento, Zack has worked many different types of events including: Weddings, School Dances and Private events. Currently, Zack holds down a regular spot DJing at FLB Sports Bar & Casino and a Silent Disco at The Flamingo House in Downtown Sacramento every Sunday night. Zack brings professionalism along with a fun, positive energy that will be sure to bring your event to life. 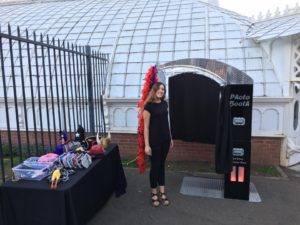 Gabi is one of our most experienced photo booth operators, and serves double duty here in our offices during the work week.   She joined DJCE back in 2013 and is always a great person to be around.  You are very lucky to have her show up at your event.

More of our talented members and their individual stories will be added soon!